Apple is announcing a new iPad Pro, available online for either $799 or $949 for 128GB Wi-Fi configurations, depending on the size.

They’re available to order online now, and Apple says they will ship on March 25th.

Both the 11-inch and 12.9-inch sizes look identical to last year’s models, but there’s a new processor and new camera system inside them both. Apple’s headline feature is that it has a LIDAR scanner to go along with its camera for depth sensing and AR, but what most people are going to notice is that very new keyboard that you can get with it.

The keyboard unfolds and elevates the iPad to a more comfortable viewing position, as you can see above. It also has a trackpad on it. Apple says, “Rather than copying the experience from macOS®, trackpad support has been completely reimagined for iPad. As users move their finger across the trackpad, the pointer elegantly transforms to highlight user interface elements.” You can see very brief examples of it in use in the video below. 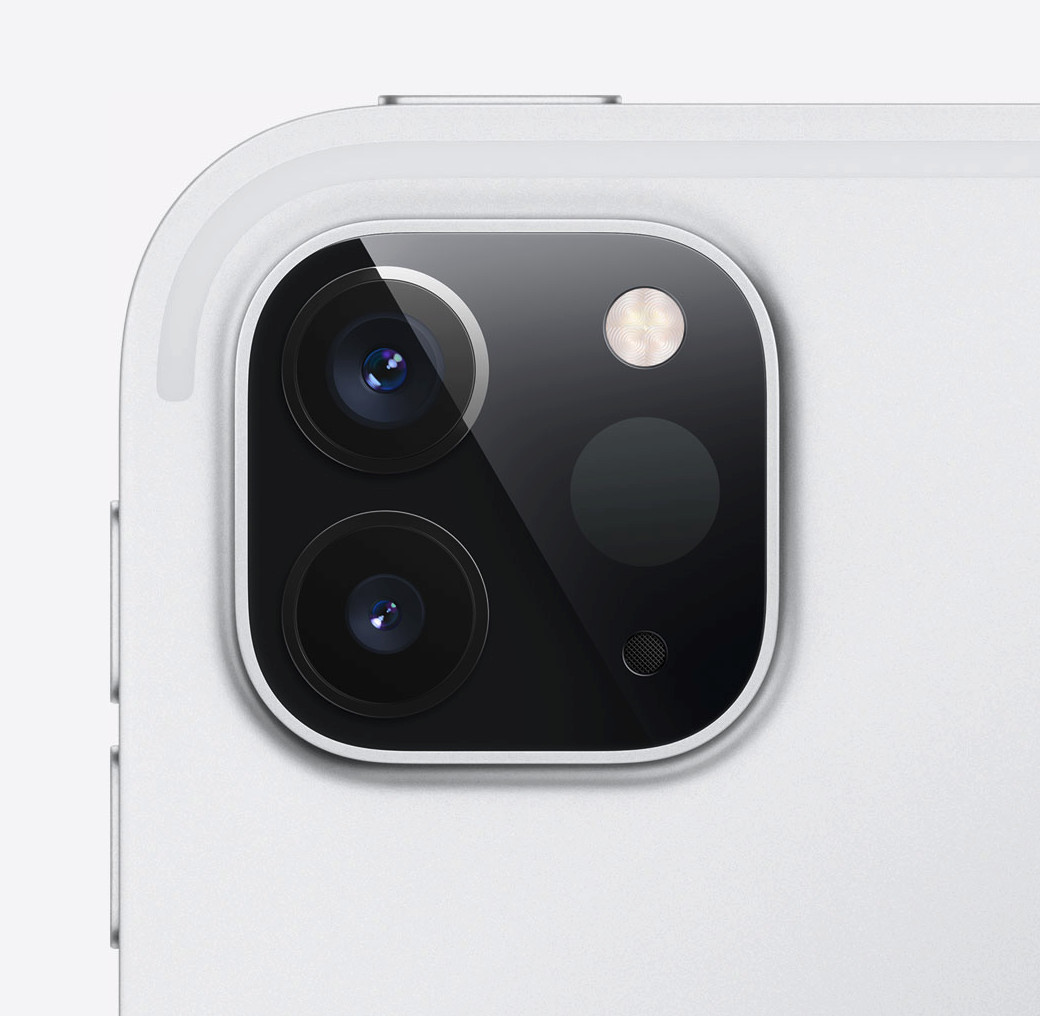 Apple is calling it a “Magic Keyboard,” matching the branding it recently used on the redesigned and improved MacBook keyboard. It is backlit, supports USB-C passthrough charging, and has a “smooth angle adjustment.” Unfortunately, it won’t be available until May, but it will be compatible with last year’s iPad Pros as well. And speaking of “unfortunately,” it will cost a whopping $299 for the 11-inch model and $349 for the 12.9-inch version.

As for the iPad Pro itself, Apple has historically had a lot of extra power in the processor, and that appears to be no different this time. Apple calls it the “A12Z Bionic Chip,” with eight cores in the GPU, and Apple isn’t shy about saying that it is “more powerful than most Windows PC laptops.” The company also made a twee ad for it along the lines of its classic “What’s a computer” ad. Battery life is estimated at 10 hours, and it supports gigabit LTE but not 5G.

The three-camera array may look exactly like the three cameras on the iPhone 11 Pro, but on the iPad Pro, it’s a different setup. There’s a regular wide-angle and an ultrawide, but the third sensor is LIDAR, which uses lasers for depth-sensing and augmented reality.

We’ve been expecting a triple-camera system for the iPad Pro for some time now, given the many leaks and rumors about it and its presumed support for more advanced AR features. There have also been plenty of rumors about support for a trackpad on Apple’s Smart Keyboard, something many feel is sorely lacking right now on iPadOS.

The iPad Pro was also due. Apple has historically released a new one every 500 days or so, and, according to MacRumors, it’s been just over 500. The regular, low-end iPad has been updated more recently, and there’s also the iPad Air sitting in the middle. It’s a somewhat confusing product lineup for the iPad, historically speaking.

The new iPad Pro and the also-announced MacBook Air are just two of the many Apple products that rumors suggest are coming in 2020 — if not the first half of the year. There’s a supposed iPhone 9 (or iPhone SE 2, depending on what name you think is most likely), AirTag tracking tags, a revision of the Apple TV, more MacBooks with Mini-LED displays, and more — and that’s setting aside sure bets like new iPhones in the fall.